Day Trip to an L.A. Landmark:

In search of adventure one day, we headed to downtown Los Angeles to see if we could find some interesting photo opportunities.

It was on a day that we went down into the LA River … but after lunch in Chinatown, we were still looking for more to do. I’m not sure whose idea it was, but we decided to drive down to Watts and visit the iconic Watts Towers.

Watts Towers began construction in 1921 by Simon Rodia, an Italian immigrant construction worker, spent 33 years constructing the 17 sculptural towers that comprise this amazing pocket park. It’s a U.S. and California Historical Landmark as well as listed on the U.S. National Register of Historic Places. We’d seen it in the movies, on television, in commercials – but never made the trip down to see it in person. 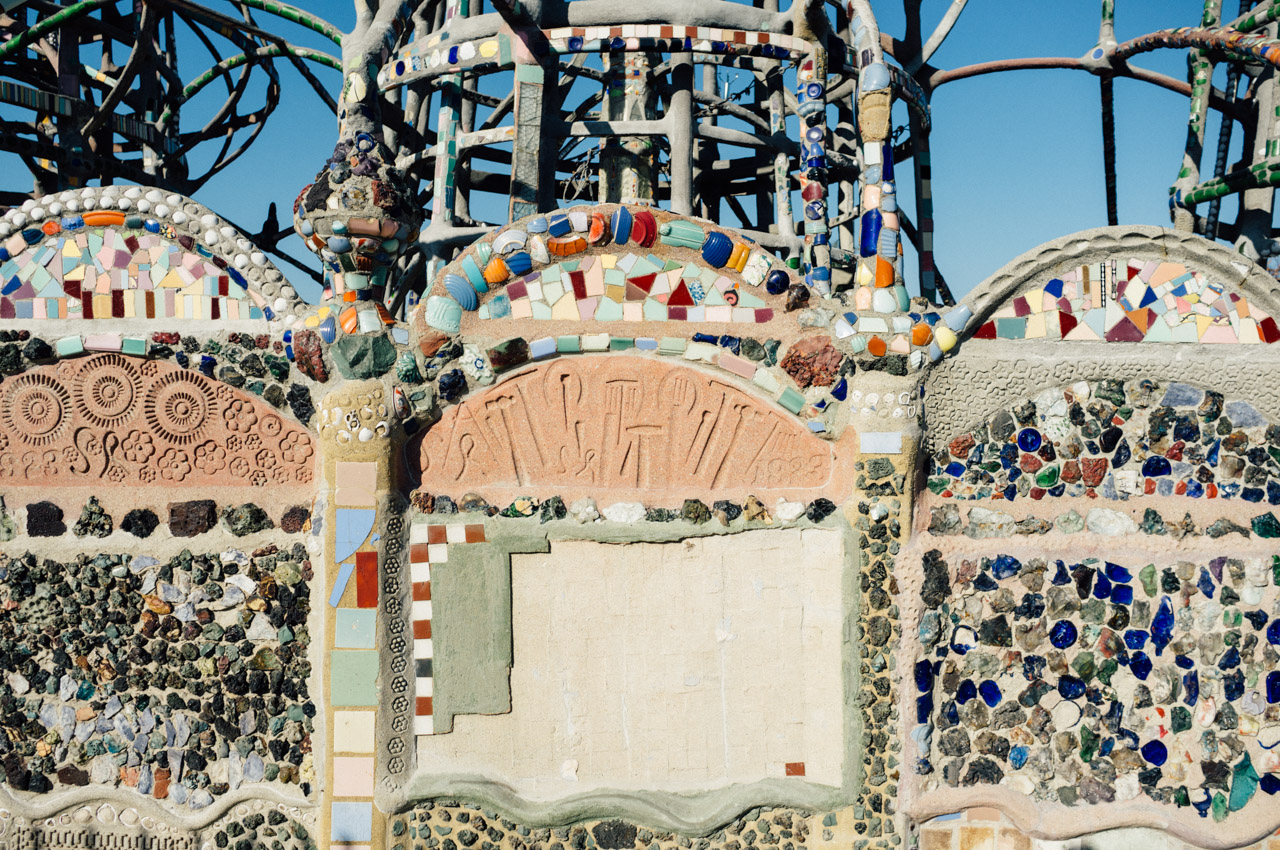 Detail of the walls surrounding the Watts Towers

From downtown LA, it was maybe a 20-minute drive. I thought it would be much bigger in scale. Certainly, it’s tall – the highest of the towers reaching 99 feet high – but the park itself sits on just a sliver of land. Watts Towers Arts Center, adjacent to the park, offers guided tours of the towers themselves for paying customers. The tours were all wrapped up by the time we got there, so we didn’t get to see inside the park, but there’s plenty to see from outside of the fenced in area.

There are a few placards outside the park where you can read about the man who built it, his history and the story of how he built the park. It’s inspirational – he had a vision and worked tirelessly to create the sculptures using broken pottery, soft drink bottles and scrap rebar – fashioning all of it by hand.

If you’ve got a spare hour or so, a trip to Watts Towers is well worth your time. I’m glad that, after all of these years living in Southern California, we finally made it there. 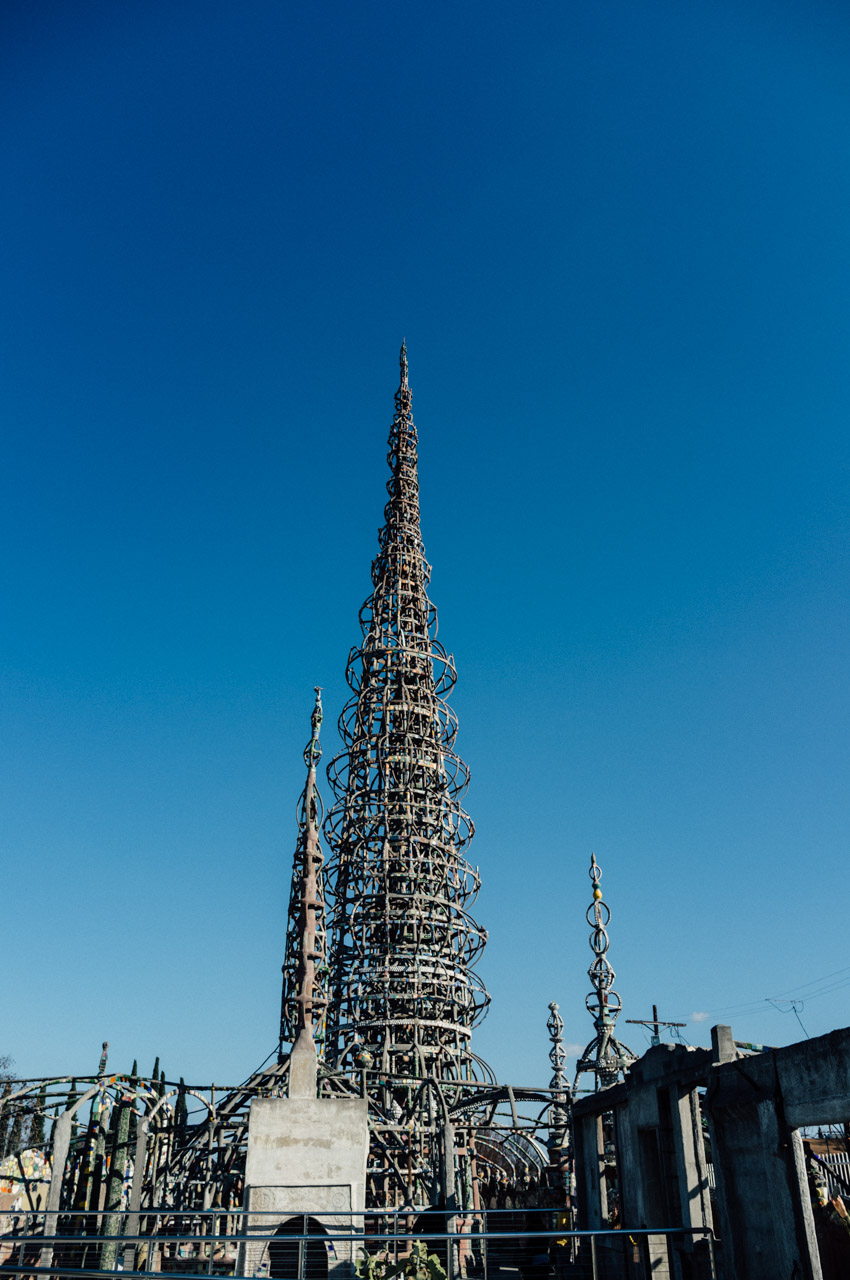 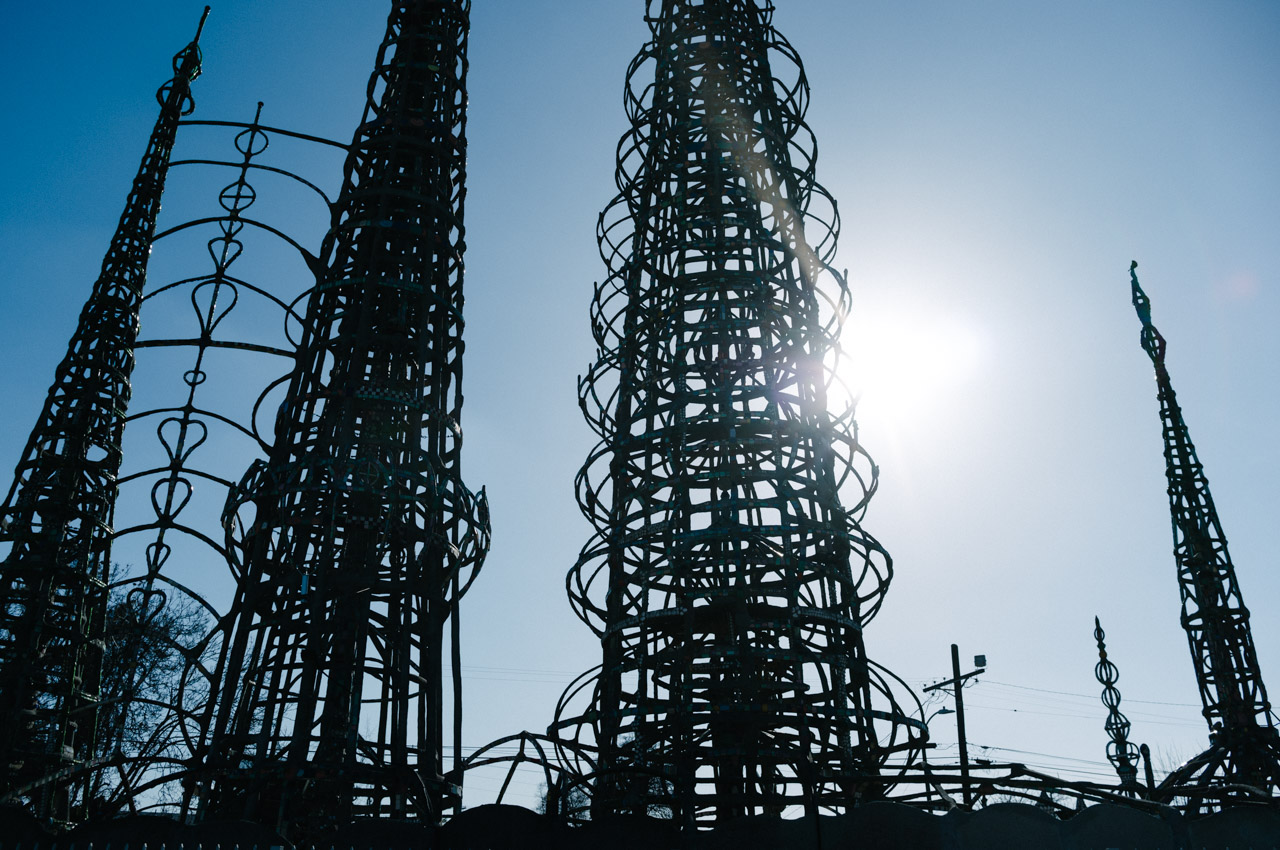