Special occasions call for special trips.  In this case, it’s our anniversary!

And this trip: wine country. No, not Napa Valley. Not enough time to get way up there. But from Santa Barbara, of course, we have a fantastic wine region just over the hill.

On what was a blazing hot day in July, we puttered over the San Marcos Pass for lunch in Solvang and a brief stop for a cold bottle of Sauvignon Blanc in Los Olivos before heading to our final destination in the little town of Los Alamos. If you haven’t heard about Los Alamos – well, start reading up – because, despite its diminutive stature, it’s big on the radar for hip folks all over.  The buzz about Los Alamos has been growing steadily over the last few years, as have the different venues that now dot the main street in town.

The Alamo Motel – a mainstay on Main Street

In the last year, Sunset magazine featured a big spread which certainly brought awareness and increased tourist traffic, and while we were there, Los Alamos was getting spiffed up for a visit from the folks at Conde Nast Traveler. While it’s technically in wine country, this barely-there town is really on the fringe – and it’s charming in every single way. Believe us when we tell you that the entire stretch of downtown (only a few blocks!) is incredibly photo worthy.

We got in on a Sunday afternoon. If there had been a weekend crowd, they had long gone.  The street was quiet, a little dusty, and perfectly picturesque. We checked into the 1880 Union Hotel – you guessed right – built in 1880. Step in and step back into time. Ivy-covered walls, floral wallpaper, spooky hallways and creaky floors – it’s like you’re on the set of an old Western. Michael Jackson, whose Neverland Ranch was not too far as the crow flies, filmed his “Say, Say, Say” video here with Paul McCartney. We stayed in the room adjacent to where they filmed, and we both had dreams of MJ that night … but that’s another story.  The downstairs lobby has chintz-covered Queen Anne settees, leaded glass windows, and faded curtains.  Don’t get me wrong – what it might lack in modern amenities and luxe accommodations it makes up for tenfold in authenticity.

Ivy-covered walls, floral wallpaper, spooky hallways and creaky floors – it’s like you’re on the set of an old Western

Outside our room on the second floor were funky little vignettes: a vintage cabinet flanked by a pair of hand-carved ivory tusks and bookcases with volumes of long-forgotten literature.  We settled into our comfy corner room with views of downtown and grabbed our cameras to see what treasures we could shoot in the fading sunlight. A few shuttered antique and vintage shops and galleries lined the Main Street, both perfectly kitschy and thoroughly hip at the same time.

Across the street from our hotel was downtown’s only other lodging – the Alamo Motel. It’s your classic motor hotel with recently remodeled rooms.  It’s the “hipster” alternative to the 1880 with an awesome fire pit in the center of the courtyard that draws a crowd later in the evening. The best feature, however, is the charming Municipal Wine tasting room out front. Set apart from the motel itself, this little cabin, fronted by a flagstone patio and shaded by trees, welcomes you with wicker rockers and Adirondack chairs where we sat and enjoyed yet another cold bottle of wine – this time, a nice dry Riesling. Suffice it to say that the two of us thoroughly enjoyed the wine, the breeze and this stop in our day’s journey. The girl at the wine counter had great knowledge of the wine and the local area making for some pleasant conversation. She also curated a great playlist of tunes that played softly over the sound system. 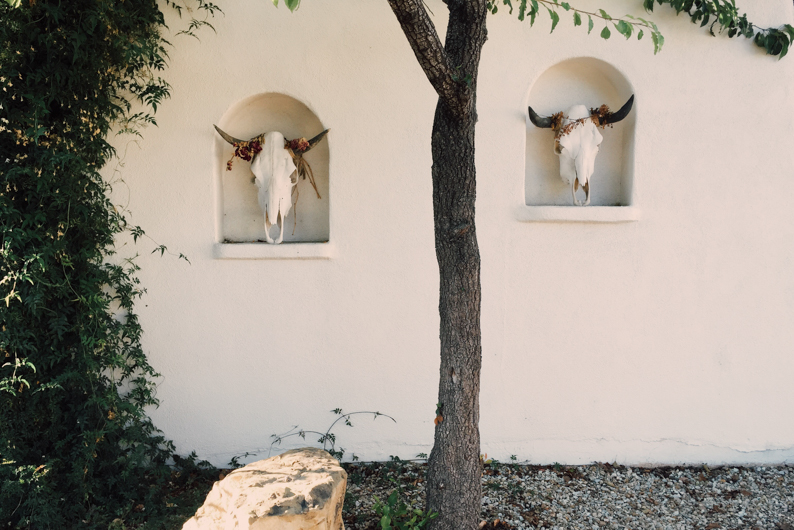 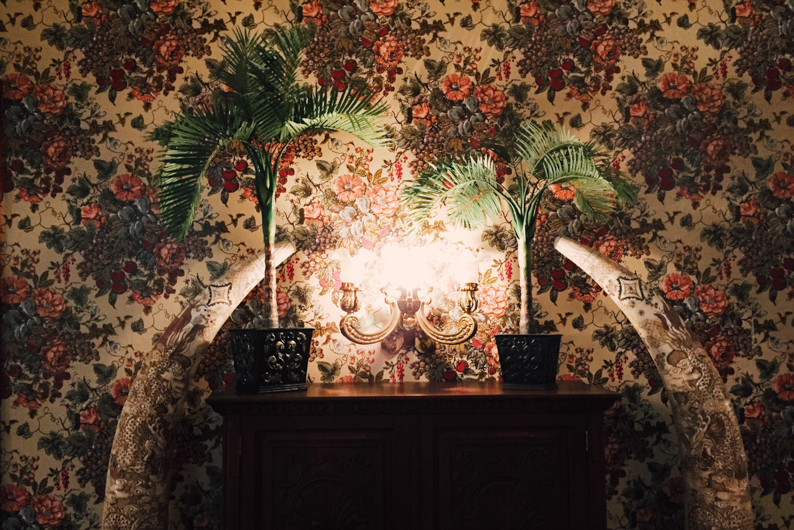 Vintage decor inside the 1880 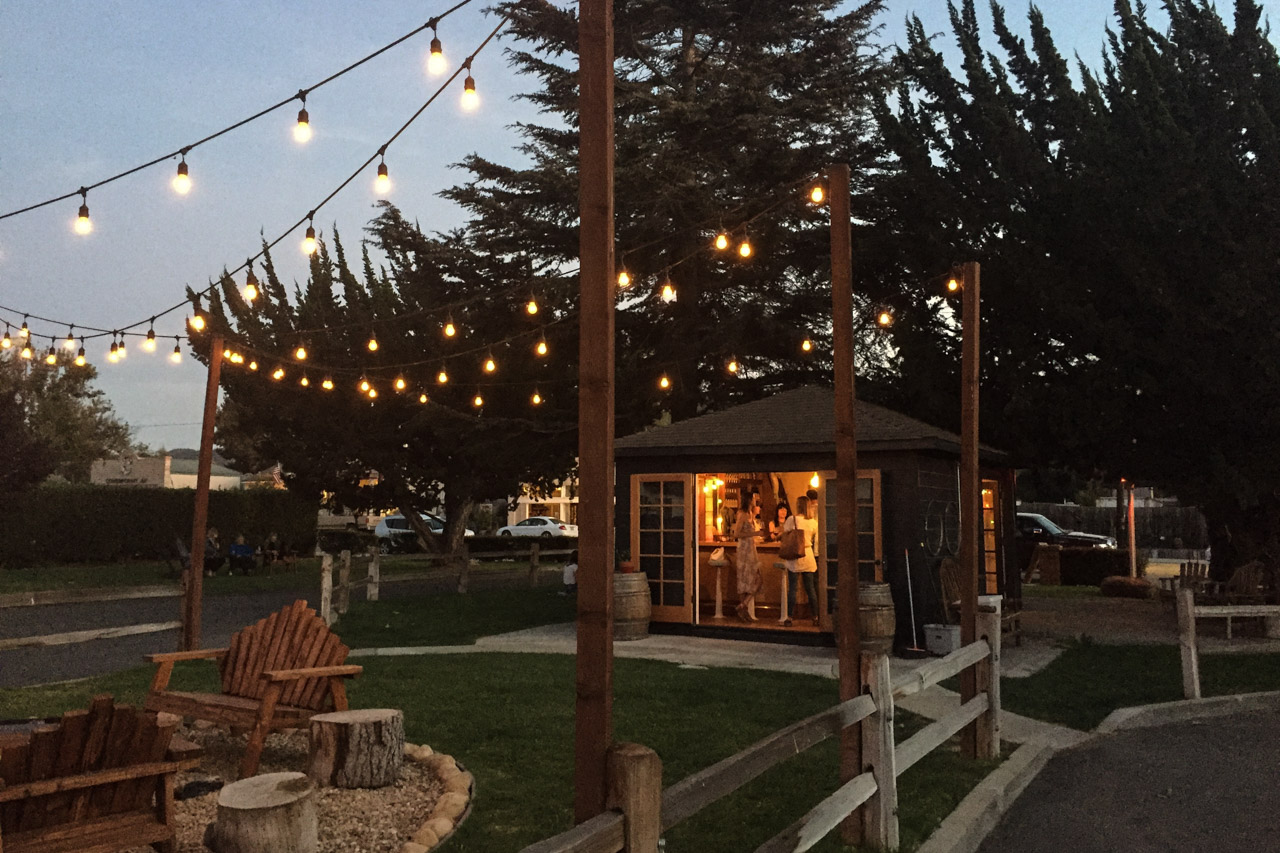 Twilight at the Muni Wine cabin 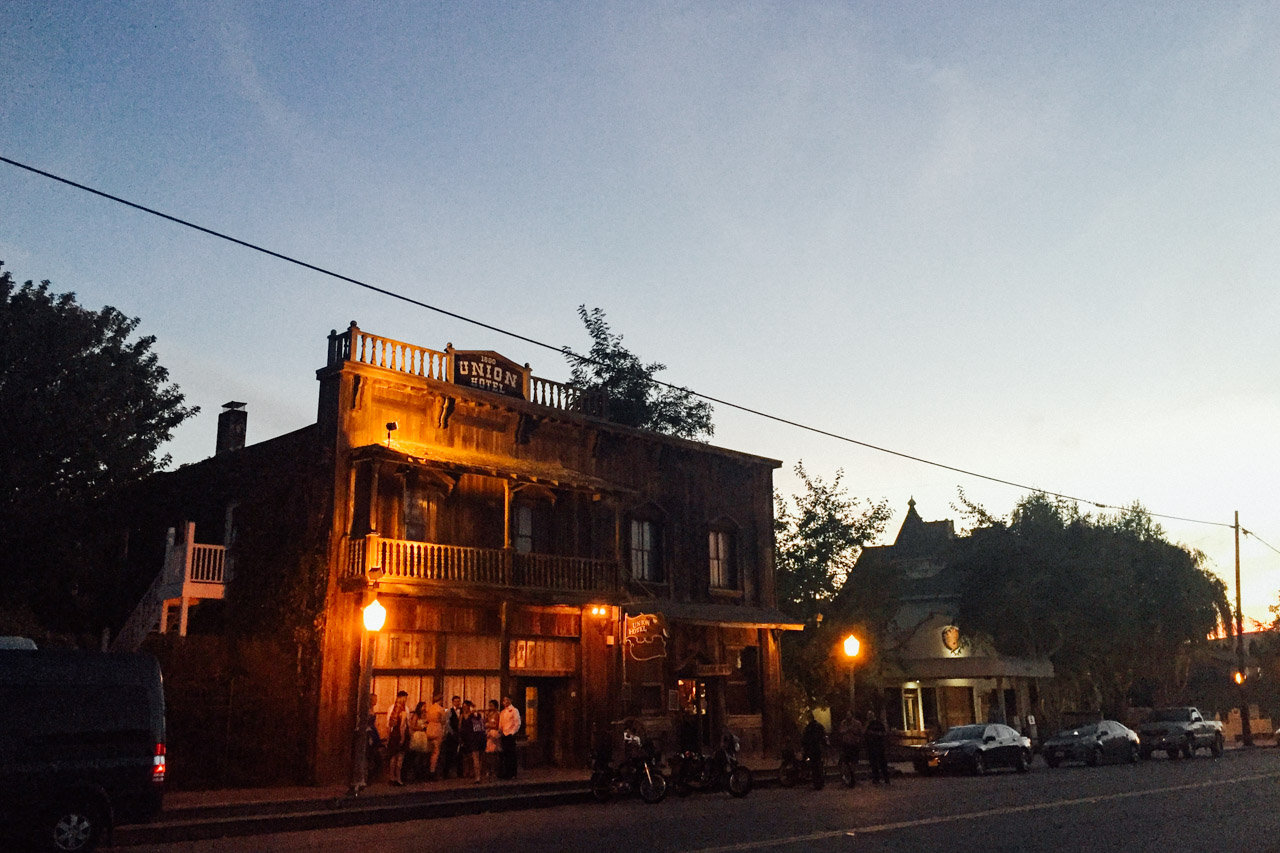 Photo by Gabe on his iPhone 6

The night was falling, so we walked down the street to the Full of Life Flatbread Co. This place had come highly recommend which was good since (a) we were hungry, (b) we were a little tipsy and (c) it was the only place in town that was open for dinner. A fantastic indoor-outdoor dining space was filled mostly with families and locals – a good sign. We had some of the best flatbreads we had ever eaten – and we watched them come out of the giant wood-burning oven which dominated the restaurant. We finished off our food and another bottle of wine (a spicy Pinot Noir) and headed back to our hotel.

After a restful night and ghostly dreams, we packed up our bags to head home. Travel time was less than an hour, but our overnight journey, the places we visited and the things we saw, made this getaway feel like we had gone the distance.